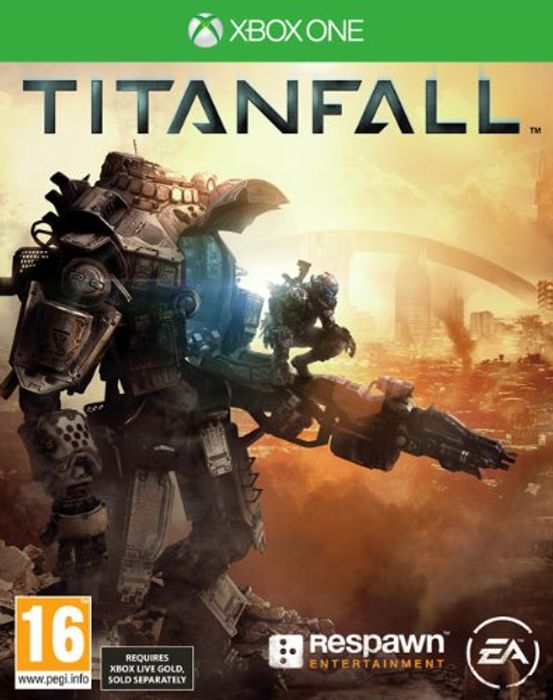 Platform
Reviewed
87%
$6.09
Notify me
Currently Out Of Stock
Code Delivered To You Digitally

Get instant download of Titanfall – Digital Code on Xbox One with CDKeys.com

What to know before buying Titanfall – Digital Code

This is the base game itself that can be downloaded by digital code. The code will give you the capability to play the full game.

Is there any region lock for Titanfall – Digital Code?

How will I receive my instant download for Titanfall – Digital Code?

How to activate the key for Titanfall – Digital Code

The Titanfall – Digital Code game is developed by the co-creators of the Call of Duty games. The developers have brought the same ideas and gameplay that made Call of Duty so popular to the Titanfall franchise. This game takes place in a futuristic world where you have two choices of playing as the pilot or the Titan robot itself. The giant Titan brings destruction to anything that lies in its path, but the pilot lets you move with ease and precision while the Titan can be clunky and difficult to maneuver. It is a multiplayer online game with all the ambiance of a single player match. The first-person shooter aspect of the game brings out its amazing gameplay and features to a new level. If you do happen to come across a Titan, you can bring them down with your teammates. Although it may seem difficult to accomplish, you will be able to destroy a Titan by using simple strategy, team work and stealthy gameplay. However, nothing compares to the strength and power you will get by piloting a Titan. The game features: • First-person shooter aspect • Online multiplayer gameplay • Players choosing a Titan to pilot or playing the match as the pilot • Warzone gameplay of pilots versus Titans

Want to get a free key to play Titanfall – Digital Code?

What are the system requirements for Titanfall Xbox Live?