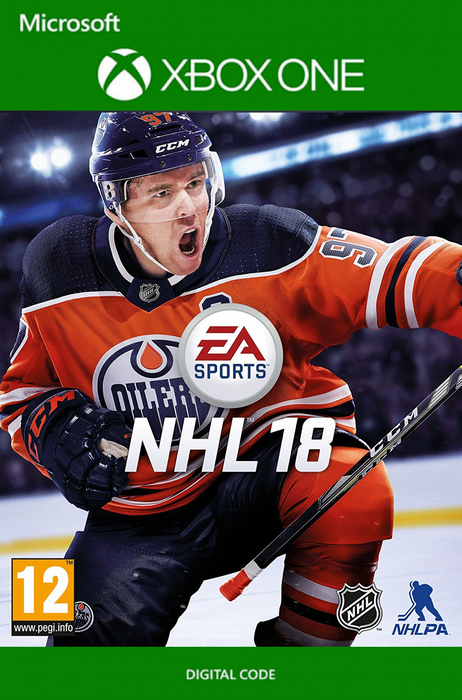 Platform
Reviewed
-
$58.69
Notify me
Currently Out Of Stock
Code Delivered To You Digitally

NHL 18 delivers the speed, creativity and action of today's young NHL superstars with new Creative Attack controls and an all-new Defensive Skill Stick. Play the fast-paced, arcade-inspired 3-on-3 NHL THREES mode, or create your own custom 32nd NHL team with the new Expansion Draft. Do it all with the most co-op and competitive multiplayer options ever in an EA SPORTS NHL game.

New Creative Attack moves give you full control to execute the highlight-reel, jaw-dropping plays seen by young superstars in today’s new NHL. On offense, all-new creative dekes include between-the-legs moves, one-handed dekes, back-handed toe-drags and much more - including the ability to branch moves together for moment-to-moment decision making. On defense, the all-new Defensive Skill Stick gives you the tools to counter attacks with poke check targeting, extended pokes, and controlled stick sweeps to cover zones of the ice and take away lanes. New Creative A.I. also means your teammates leverage all the same creative tools as you do for beautiful, intelligent decision-making all over the ice, including board passes and through-passing into space.

Introducing NHL THREES, a bold new take on fast-paced, over-the-top 3-on-3 hockey action. The all-new, arcade-inspired hockey experience features faster gameplay, bigger hits and high-scoring action that's easy to pick-up-and-play. Enter unique NHL THREES arenas with all-new commentary and pick your style of play, from fast-fun couch co-op to fully competitive online team play where you choose the game rules and modifiers. Take on the NHL THREES circuit-style Campaign Mode and play through regional circuits, from minor leagues to the big show, completing challenges and unlocking surprises along the way. NHL THREES combines the best of arcade-era fun with authentic 3-on-3 overtime action that is made to be played with friends.

In Franchise Mode, reshape the entire NHL with the new Expansion Draft feature where you get to create and draft a 32nd NHL team and shake up the league. Run an authentic expansion draft where you select the best players from across the league, build a unique roster and take on the front office role to manage the team, the business and the games. Select the hometown for your 32nd team from cities all across North America and Europe, then use the Creation Zone to choose an arena, design a uniform and a logo, and for the first time ever - design your very own custom mascot. Or use Expansion Draft to experience the brand new Vegas Golden Knights, complete with the authentic roster, arena, uniform and logo.

Finally, no other sports game allows you to team up with friends and hit the ice like NHL 18. Whether you’re playing cooperatively or competitively, offline on the couch or online with up to 12 players, NHL 18 delivers more than 64 combinations to team up with - or against - friends locally and online. It no longer matters if your friends are on the couch, online, or both. However you want to play, NHL 18 offers more ways to play multiplayer with your friends or against your rivals than any other sports videogame. 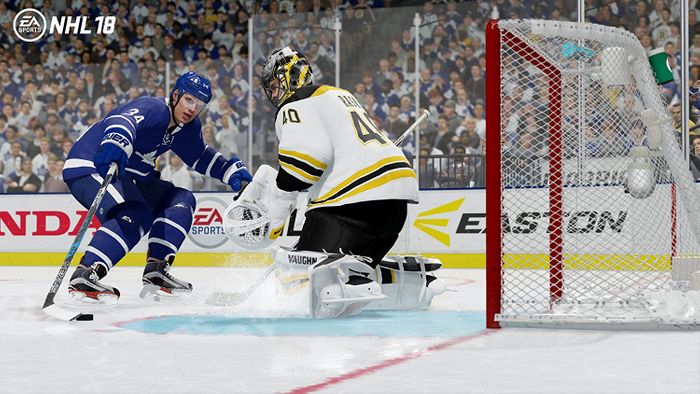 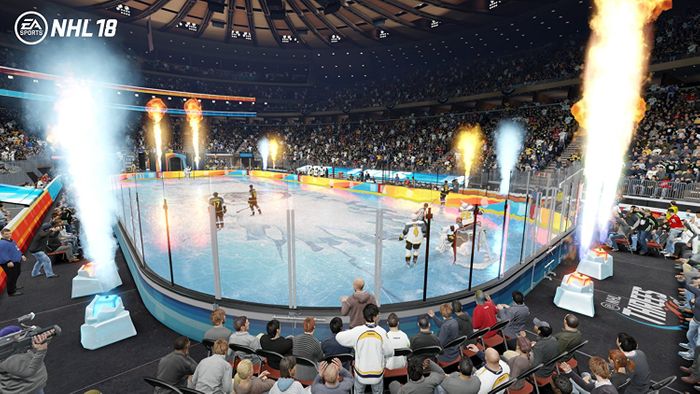 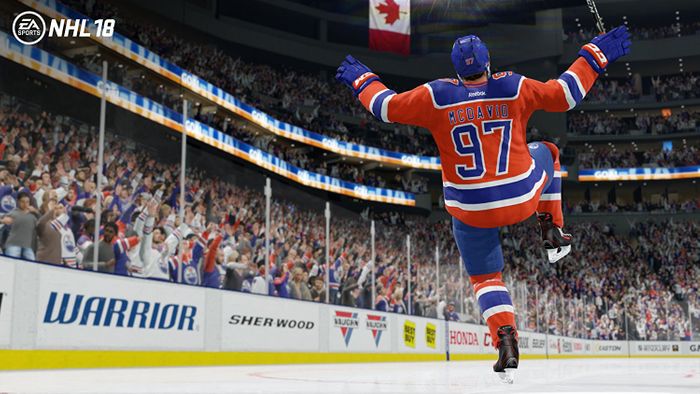 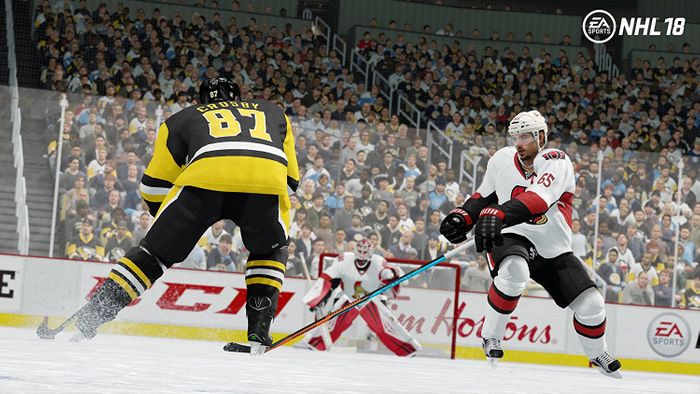 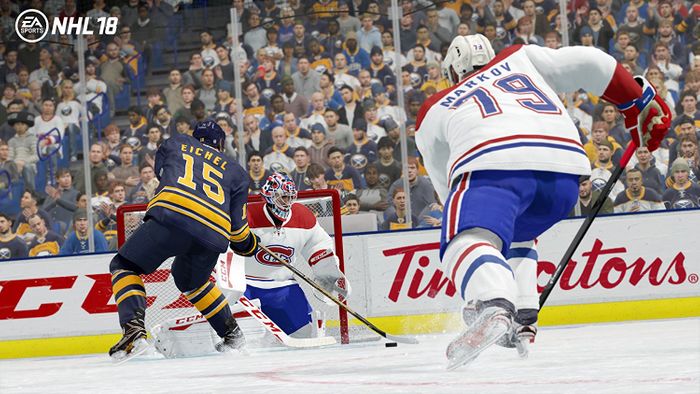