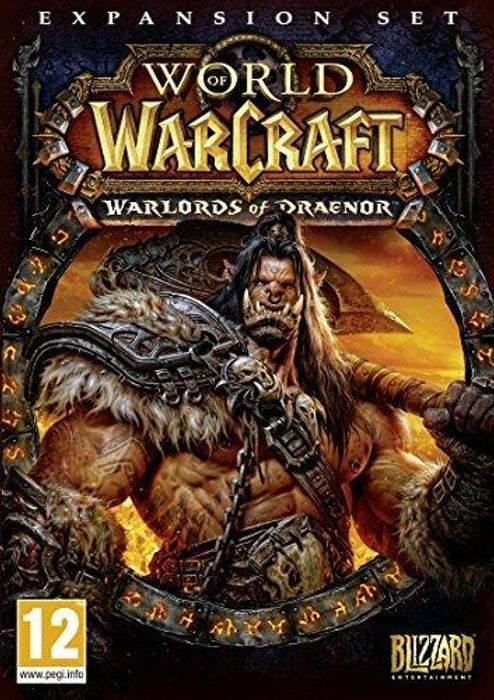 Platform
Reviewed
-
$49.19
Notify me
Currently Out Of Stock
Code Delivered To You Digitally

Across Draenor's savage jungles and battle-scarred plains, Azeroth's heroes will engage in a mythic conflict involving mystical draenei champions and mighty orc clans, and cross axes with the likes of Grommash Hellscream, Blackhand, and Ner’zhul at the height of their primal power. Players will need to scour this unwelcoming land in search of allies to help build a desperate defense against the old Horde’s formidable engine of conquest—or else watch their own world’s bloody, war-torn history repeat itself.

Draenor is a land of magma and metal, stone and steam. City-forges wrap her twin moons in smog, and wheels deform the earth. Vicious saberon, winged arakkoa, spike-skinned gronn, and more unusual creatures rule the edges of the world, feasting on anything they kill.

Enigmatic Draenei refugees have built a coastal foothold into a glimmering state replete with the libraries and worship-halls of their timeless civilisation. Meanwhile, the Iron Horde's slaves labour on engines of war pointed at the Draenei and worlds beyond. Kingdoms, clans, tribes, men, women, children – all are tense as coiled muscles.

NOTE: FULL GAME IS REQUIRED TO PLAY THIS EXPANSION.