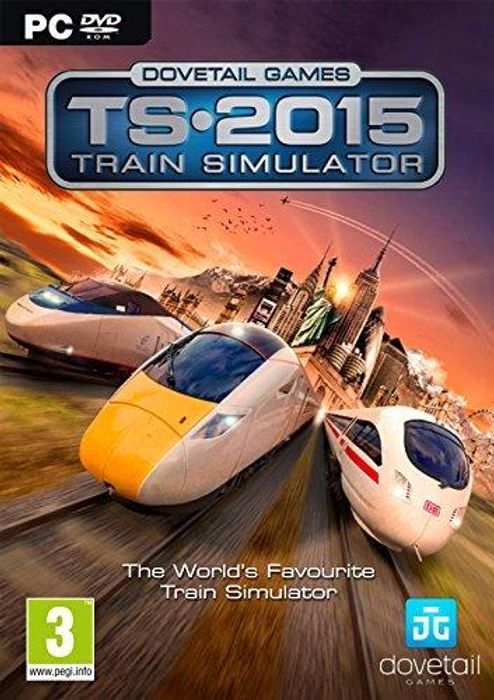 Platform
Reviewed
-
Special Price $1.99 RRP $9.99
-80%
Less than 3 games left at this price
Currently In Stock
Code Delivered To You Digitally

As part of the Intercity Express Programme (IEP) Hitachi Rail Europe will provide new electric and bi-mode trains for the Great Western Main Line and East Coast Main Line. These are expected to go into passenger service in 2018, but thanks to Train Simulator 2015, rail fans can get behind the controls and start driving them right away.

Train Simulator 2015 will give players the opportunity to drive some of the world's most powerful high-speed trains on three iconic routes from around the globe.

Key product developments:
Train Simulator now includes the newly created TS Academy, a training area designed to introduce new players to the series quickly and easily. In TS Academy players can experience all types of trains, as well as mastering different environments and learning the intricacies of train operations and signalling systems. They can go from beginner to pro, earning driver licenses and awards along the way.

Train Simulator 2015 is set to launch on 18th September 2014 for PC and will be compatible with an existing range of more than 100 add-on locomotives and routes, which allow fans the ability to customize their experience. Players can create and edit routes and scenarios and share them via Steam Workshop.