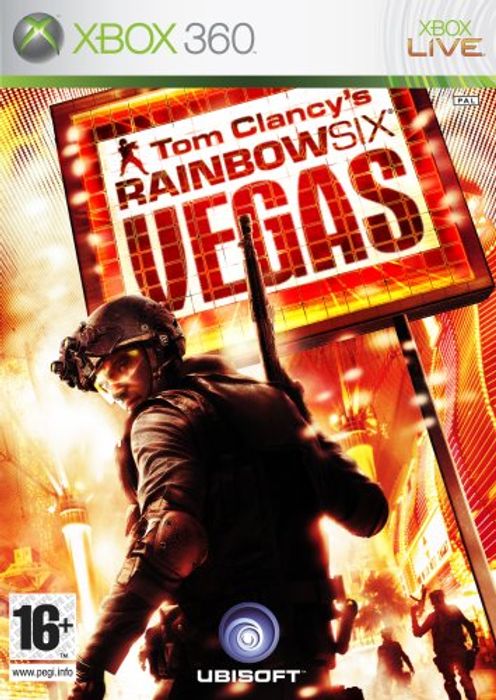 Platform
Reviewed
-
$10.19
Notify me
Currently Out Of Stock
Code Delivered To You Digitally

Information
Tom Clancy's Rainbow Six makes its next-generation hardware debut in the most dramatic instalment of the renowned first-person shooter franchise to date. Rainbow operatives take to the chaotic streets of Las Vegas as an escalating terrorist siege in Sin City threatens to take world terrorism to new, uncontrollable heights. The future of global security hangs in the balance as you battle to defend classic Vegas locations and environments like Fremont Street, the Strip, and casinos.

Experience Las Vegas like never before through revolutionary next-generation technology as you work against the clock to keep one of the world's most recognizable cities from utter devastation.

Team Rainbow ushers in a new breed of heroes. With a new team comes added responsibility. Tactics play a MAJOR role in your team's success, as each member comes equipped with his own skill set.

Experience a new level of squad-based realism as your team-mates, Michael and Jung, offer you real-time tactical suggestions like busting through walls or hacking computers, all in a race against time to locate the heart of the terrorist cell.

Use tactical planning to manoeuvre through multiple-path Vegas environments, while utilizing high-tech equipment such as snake cams to strategically tag terrorist targets to your team-mates, prior to entering a room.

Prepare yourself for a new level of in-game immersion with real-time mission briefings, all in the midst of the most intense combat ever played.

Next-generation technology brings a higher level of artificial intelligence to Rainbow Six. As you get past the grunts and advance closer to the centre of the terrorist cell, encounter deadlier, more skilled enemies who work together as a group to counter every move you make.

Create your own multiplayer character that evolves as you play online, unlocking new equipment and achievements as you go.

Rainbow Six is back in the hands of Ubisoft's Montreal studio, creators of the award-winning and highly acclaimed Rainbow Six 3.