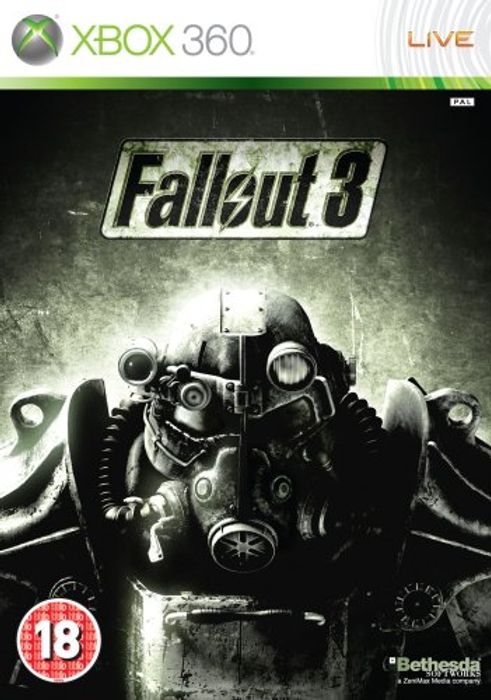 Platform
Reviewed
100%
$5.89
Notify me
Currently Out Of Stock
Code Delivered To You Digitally

NOTE: Works with Xbox One and Xbox 360

The third game in the Fallout series, Fallout 3 is a singleplayer action role-playing game (RPG) set in a post-apocalyptic Washington DC. Combining the horrific insanity of the Cold War era theory of mutually assured destruction gone terribly wrong, with the kitschy naivety of American 1950s nuclear propaganda, Fallout 3 will satisfy both players familiar with the popular first two games in its series as well as those coming to the franchise for the first time.

The Story: Vault 101 – Jewel of the Wastes
For 200 years, Vault 101 , a fallout shelter, has faithfully served the surviving residents of Washington DC and its environs, now known as the Capital Wasteland. Though the global atomic war of 2077 left the US all but destroyed, the residents of Vault 101 enjoy a life free from the constant stress of the outside world. Giant Insects, Raiders, Slavers, and yes, even Super Mutants are all no match for superior Vault-Tec engineering. Yet one fateful morning, you awake to find that your father has defied the Overseer and left the comfort and security afforded by Vault 101 for reasons unknown. Leaving the only home you've ever known, you emerge from the Vault into the harsh Wasteland sun to search for your father, and the truth.