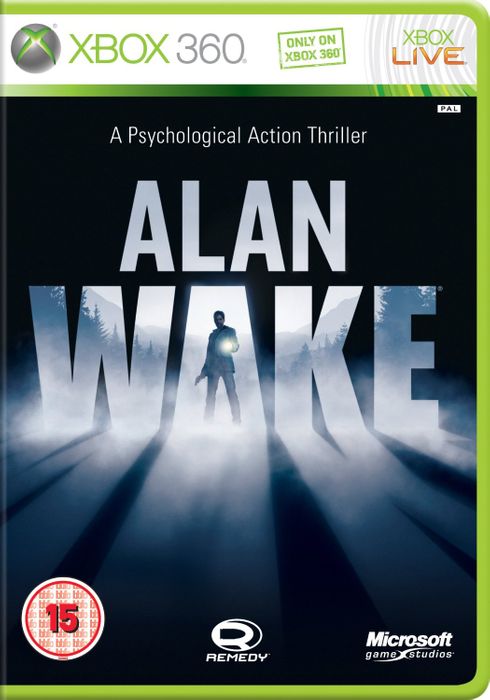 Platform
Reviewed
100%
$7.39
Notify me
Currently Out Of Stock
Code Delivered To You Digitally

Information
Alan Wake is a psychological action thriller, exclusively for Xbox 360, where gamers assume the role of Alan Wake, a best-selling suspense author who escapes to a small town to recover from the mysterious disappearance of his fiancée.

Bringing a new style of storytelling to Xbox 360, Alan Wake is a psychological action thriller from Remedy, the developers of the successful Max Payne series. In this dynamic new title exclusively for Xbox 360, players assume the role of Alan Wake, a best-selling suspense author suffering from writer's block, who escapes to a small town only to experience the mysterious disappearance of his wife.

Set in the deceptively idyllic town of Bright Falls, Washington, Alan Wake immerses players in an intense and expansive cinematic world that enables players to explore the hyper-realistic and interactive environments. Alan Wake is mission-based with a deeply engaging and suspenseful storyline unveiling new twists and profound character revelations at every turn.

Players will unravel the riveting plot through multilayered character interactions, unique problem-solving and intense combat against terrifying enemies. In this nightmarish world, where fantasy and reality collide, Alan Wake must use a variety of weapons to survive, including his most powerful ally against the darkness - light itself.

Light as a combat element
As Wake journeys deeper into the mystery of Bright Falls, the shadows close in around him. When darkness descends, light becomes his only ally as he fights his way to daybreak. This poses a severe problem for Alan Wake since his enemies seemingly gain strength from the shadows. Players must skillfully combine their use of light with more conventional weapons to stand a chance.

Realistic, interactive environment
Set in the town of Bright Falls, the hyper-detailed environments of the Pacific Northwest play an important role; even the change in daylight and weather will profoundly affect the characters and enemies in Alan Wake The game's advanced rendering engine provides amazingly realistic environments that bring this world to detailed life - from the lush forest of evergreen trees to the quaint small-town buildings and streets. The world of Alan Wake is alive and real.

Episodic narrative
The mission-based structure of Alan Wake creates an episodic narrative similar to a deeply structured dramatic television series, such as LOST, Twin Peaks and X-Files. As the episodes progress, gameplay will evolve to introduce new elements and characters, escalating the level of threat and action in the game.


Alan Wake presents an unusual and new gaming experience that features a riveting, multi-layered story while giving the player the ability to freely roam a giant environment. It supports Dolby Digital sound and runs at a beautiful high-definition 720p.