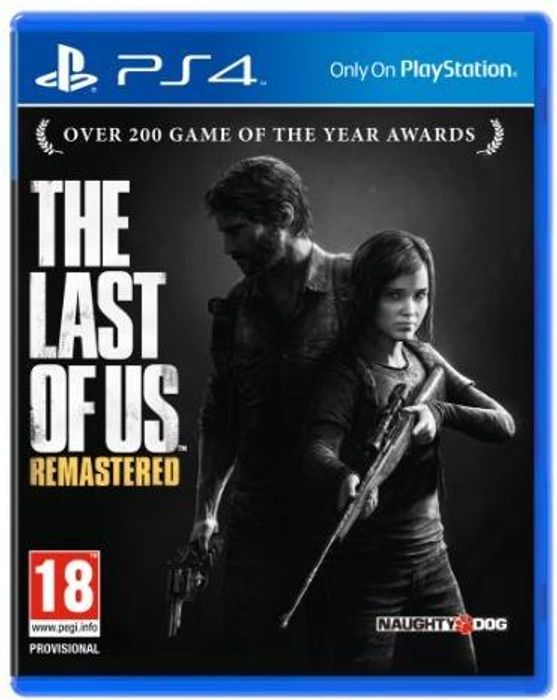 The Last of Us Remastered PS4 - Digital Code

PLEASE NOTE: A U.S. PSN account is required to activate this game.

In The Last Of Us PS4 A pandemic has radically changed known civilisation. Twenty years later, infected humans run wild and survivors are killing each other for food, weapons, or whatever they can get their hands on. Joel, a ruthless survivor, is hired to smuggle a 14 year-old girl, Ellie, out of an oppressive military quarantine zone, but what starts as a simple job soon transforms into a profound journey across the U.S.

What does it take to survive in the brutal yet beautiful world that is The Last of Us? This is what you'lll be faced with at every turn as Ellie and Joel embark on an epic journey that will explore the depths of humanity and push them to the limits of human perseverance.

The population has been decimated. The United States government has collapsed long ago. Twenty years after the outbreak, abandoned cities are slowly reclaimed by nature. Roaming bands of survivors are killing each other for food, weapons, or whatever they can get their hands on.

Joel, a ruthless survivor with few moral lines left to cross, lives in one of the last remaining Quarantine Zones. These walled-off, oppressive cities are run by what’s left of the military. Despite the strict martial law, Joel operates in the black market of the city, smuggling contraband for the right price.

Joel is asked by a dying friend to look after Ellie, a fourteen-year-old girl with courage beyond her years. What starts out as a simple job to deliver Ellie to another Quarantine Zone, soon transforms into a profound journey that will forever change Joel and Ellie.

As they trek across a post-pandemic United States, Joel and Ellie will encounter different factions of survivors that have each found a unique way of dealing with the infected humans, the lack of supplies, and the threat of other survivors. As Joel and Ellie struggle to persevere, they must learn to trust each ot