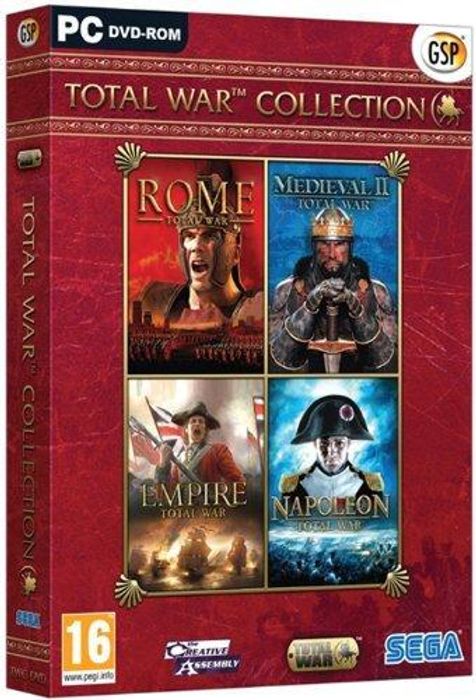 Platform
Reviewed
-
$12.29
Notify me
Currently Out Of Stock
Code Delivered To You Digitally

Get instant download of Total War Collection on PC with CDKeys.com

What to know before buying Total War Collection

Is there any region lock for Total War Collection?

How will I receive my instant download for Total War Collection?

Once your payment has posted successfully, you will receive a confirmation email that contains the activation key.

How to activate the key for Total War Collection

Total War Collection comes with the main game itself along with three extra add-ons. You’ll get the chance to strategize your building techniques as you develop your empire from northing to a kingdom to be feared. You’ll also be able to participate in real time battles against other players. As you play through all four games, you’ll get to plan your political maneuvers, economic strategies, military forces and more. This collection will include: • Rome Total War – Play as one of the three families in order to seize control of the Roman Empire. • Medieval II Total War – Ranging over five centuries long, you can rule the medieval world by choosing one of 21 factions. • Empire Total War – Join Europe, America and India as you attempt to dominate the 18th century on land and sea. • Napoleon Total War – Go up against the legendary general as you try to beat his achievements.

Want to get a free key to play Total War Collection?

What are the system requirements for Total War Collection?