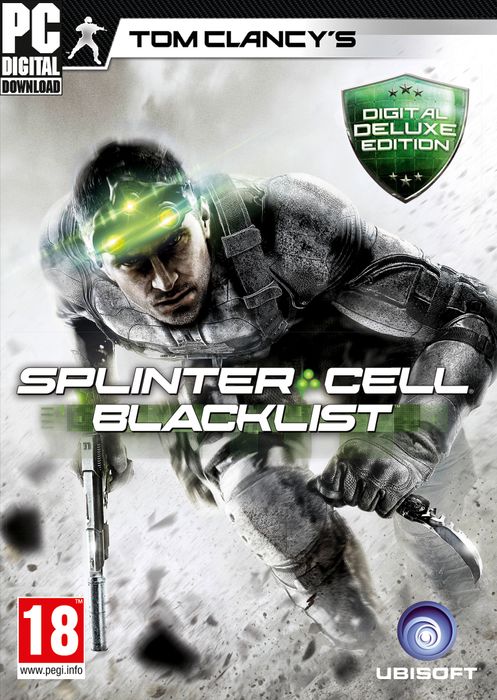 Platform
Reviewed
-
Special Price $7.99 RRP $42.99
-81%
Notify me
Currently Out Of Stock
Code Delivered To You Digitally

Includes comes with all the essential weapons, gadgets, and gear for you to become Sam Fisher and stop the escalating Blacklist threats. With two bonus missions and five suits, five armor upgrades, and four weapons, you’ll be prepared to stop the attacks!

A group of terrorists calling themselves The Engineers has had enough of US military occupation all over the world and initiates a terror ultimatum called the Blacklist – a deadly countdown of escalating attacks on US interests. When our nation is threatened, the president turns to one man and one man only: Sam Fisher. Armed with state-of-the-art technology, top-of-the-line gadgets, deadly combat abilities, and an elite team of experts, Sam Fisher holds nothing back to get the job done using whatever means necessary.

Operate without Restrictions Sam is back in his tactical suit and goggles, and he’s more deadly than ever. He is the only secret operative with the power to act above the law, and uses ruthless methods to interrogate enemies in order to extract crucial information that will prevent the next Blacklist attack. Pursuing the terrorists to the far reaches of the world, Sam flies from exotic locales to U.S. cities as he races against the clock to find out who’s behind the Blacklist. Thrilling gameplay is enhanced by full motion performance capture, creating a highly cinematic experience.

Kill in Motion Always one step ahead, Killing In Motion lets Sam strike with lethal precision by marking and executing multiple enemies in one fluid motion. Active Sprint allows him to traverse the environment easily and fluidly, climb walls and leap over barriers in order to reach his next target while on the move.

Unleash the power of 4th Echelon Prototypes Infiltrate terrorist cells by using new gadgets such as the upgraded snake cam and micro-trirotor drone which allows Sam to scout ahead, mark targets remotely, distract enemies, or explode with frag grenade force. Splinter Cell Blacklist is also bringing back fan-favorites like the sticky shocker, and for close quarters combat, players can wield the curved and brutal Karambit knife.

Build a New Echelon With a mandate directly from the President, Sam is building a whole new Echelon unit; his team, his way. Anna “Grim” Grimsdottir is his technical operations manager, CIA operative Isaac Briggs brings additional firepower, and resident hacker Charlie Cole rounds out his support crew. 4th Echelon is a fully mobile ops unit with unlimited resources and cutting edge technology aboard the repurposed stealth airliner, the Paladin.

Enjoy a Fully Integrated Experience Sam and his team are aware of terrorist attacks in real time thanks to the Strategic Mission Interface (SMI). The SMI allows the team to receive data about mission objectives while on the move. Players can earn money for completing missions and objectives and buy upgraded weapons and items from the SMI hub aboard the Paladin. 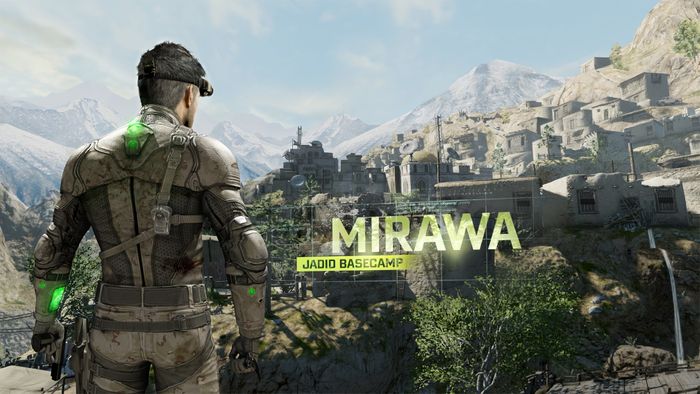 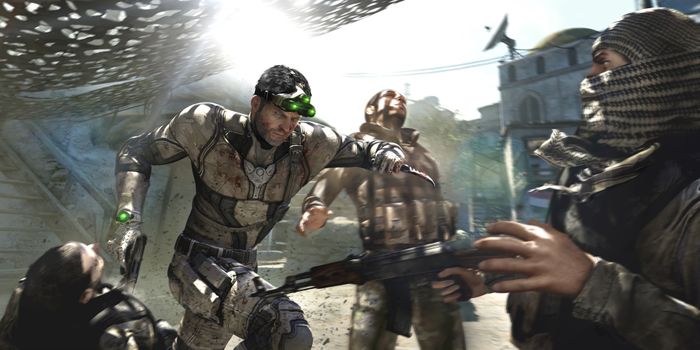