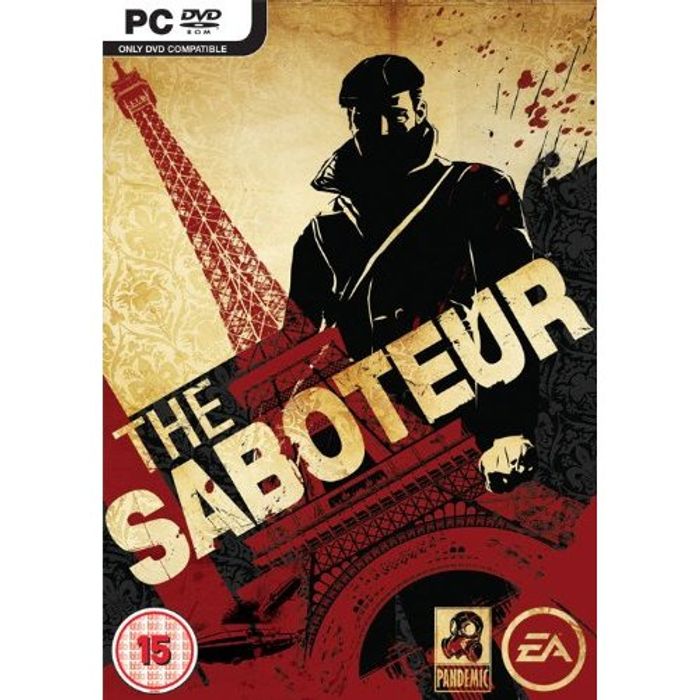 Platform
Reviewed
-
$18.49
Notify me
Currently Out Of Stock
Code Delivered To You Digitally

Information
There have plenty of World War II games over the years, but none with the intrigue and danger of The Saboteur. As Irishman Sean Devlin you must fight back against the Nazi occupation of Paris, working with British Intelligence and the French Resistance to pave the way for D-Day.


Explore an open world recreation of wartime Paris and fight to free the city, with newly liberated districts turning from black and white to colour as the strength of the occupying forces weakens. Only by inspiring the civilians' will to fight can you begin to turn the tide, as you assassinate German officials and sabotage equipment, vehicles and buildings.

The closer you get to final victory the more help you'll have, but for many missions you must rely on your own stealth tactics and combat skills. As you clamber across rooftops and make use of the intuitive cover system, you can help win WWII from a very different perspective.

Key Features About the Developer: Pandemic Studios
After merging with BioWare and then being bought by EA, Pandemic became one of the biggest studios in the U.S. They've worked on many different styles of games, from Star Wars: Battlefront to Mercenaries, but they were closed in 2009 - although the name and some staff remain at EA.
Screenshots
Reviews
Write Your Review
Activation