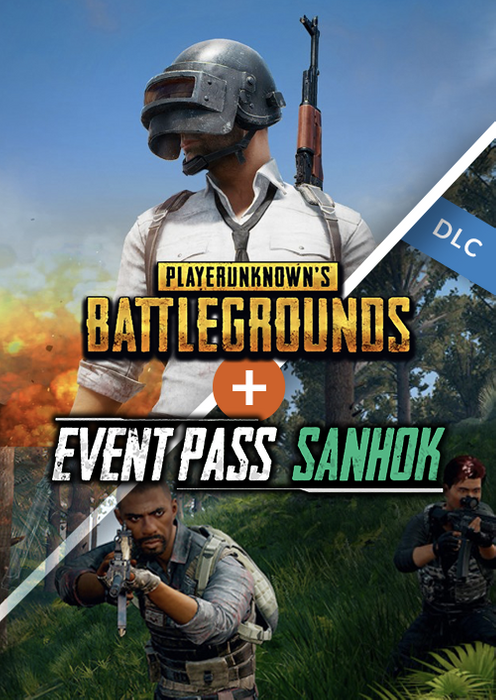 Platform
Reviewed
-
Special Price $22.09 RRP $42.39
-48%
Notify me
Currently Out Of Stock
Code Delivered To You Digitally

Playerunknown's Battlegrounds is a last-man-standing shooter being developed with community feedback. Starting with nothing, players must fight to locate weapons and supplies in a battle to be the lone survivor. This realistic, high tension game is set on a massive 8x8 km island with a level of detail that showcases Unreal Engine 4's capabilities.

Not Just a Game. This is Battle Royale.

Gear up for more missions and more loot with the Event Pass: Sanhok—offered for a limited time only! Celebrate the official launch of Sanhok with this ticket to unlock premium loot, including special Sanhok-themed cosmetics and items. Take on exclusive challenges in Sanhok and rack up in experience points as you battle your way through the ultimate life and death fight. Level up with every mission accomplished and every second survived in-game to reap your rewards.

Permanently unlock these premium rewards (and more!) with the Event Pass: