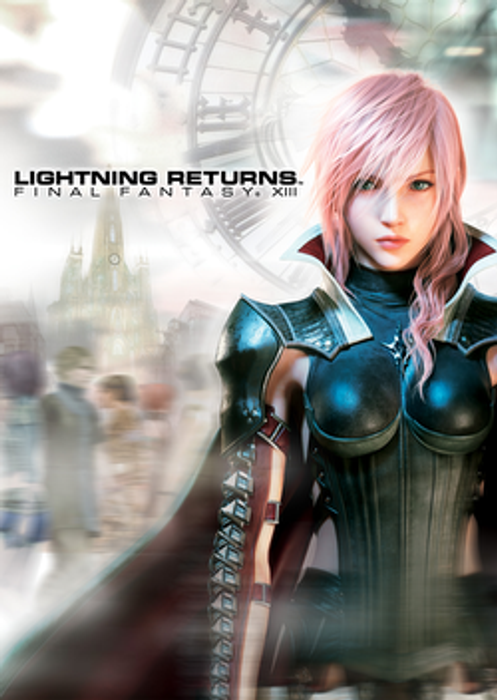 Platform
Reviewed
-
$8.59
Currently In Stock
Code Delivered To You Digitally

Lightning Returns is the closing chapter of the Final Fantasy XIII saga and the last battle with Lightning as the protagonist. The end of the trilogy presents a new world, endless personalization options and incredible combats loaded with action.

The world is gradually submerged in a sea of ​​chaos, and in 13 days there will be nothing left.
Although the planet is condemned, there is still hope for its inhabitants.
After centuries in a state of crystallization, our heroine has just awakened: a legendary warrior with the divine mission to save the souls of humanity. Your name: Lightning.
Having been blessed with incredible strength and an arsenal of new weapons, it has everything it needs for the upcoming battle.
Everything except time. And now he must make a difficult decision ...

The archetype "Aeris (FFVII)" is not included. This archetype is not expected to be available in the future.

The PC version will also include all the downloadable contents of the original version for consoles *: voices in Japanese, costumes, shields, weapons, etc.

Lightning under your control
Improves the appearance, skills and actions of the playable character, Lightning, by combining different weapons and outfits that will be reflected on the map, in combat and also in cinematic scenes.

An action-oriented battle system
Dominates the dizzying battle system and controls Lightning as never before blocking, dodging and counterattacking strategically and with great precision.

Explore fascinating places
The world of Nova Chrysalia is made up of four very different regions with impressive landscapes and multiple choices that will make each player's experience different.

Familiar characters
The characters of the previous installments of FINAL FANTASY XIII Serah, Hope, Snow, Noel, Sazh, Vanille, Fang, Caius and Yuul will return in the final chapter of the Lightning saga.