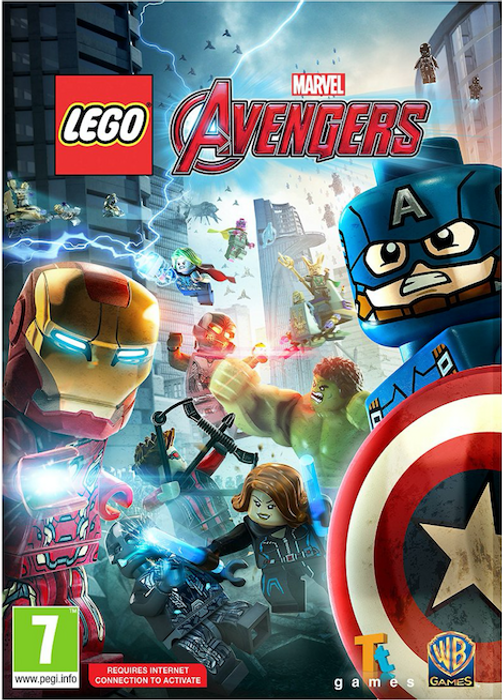 LEGO Marvel Super Heroes features an original story crossing the entire Marvel Universe. Players take control of Iron Man, Spider-Man, the Hulk, Captain America, Wolverine and many more Marvel characters as they unite to stop Loki and a host of other Marvel villains from assembling a super-weapon capable of destroying the world. Players will chase down Cosmic Bricks as they travel across LEGO Manhattan and visit key locations from the Marvel Universe, such as Stark Tower, Asteroid M, a Hydra base and the X-Mansion.

Get instant download of LEGO Marvel's Avengers on PC with CDKeys.com

What to know before buying LEGO Marvel's Avengers

Included is the base game LEGO Marvel's Avengers for PC.

Is there any region lock for LEGO Marvel's Avengers?

This product is available worldwide; no region lock.

How will I receive my instant download for LEGO Marvel's Avengers?

After payment has been approved, your game key will be included in your order confirmation email. You can access your key by following a link in the email. Next, you can activate your key on its corresponding platform.

If you’ve pre-ordered a game, your key will be delivered to your email a day before the official (or early access) release date. You will also receive a notification via email when your key becomes available.

How to activate the key for LEGO Marvel's Avengers

You can find additional support for the Steam client here: https://help.steampowered.com/en/wizard/HelpWithSteam

Want to get a free key to buy LEGO Marvel's Avengers?

Our team regularly select the best comments about the game. Make sure to share your feedback in the review tab!

What are the system requirements for LEGO Marvel's Avengers?