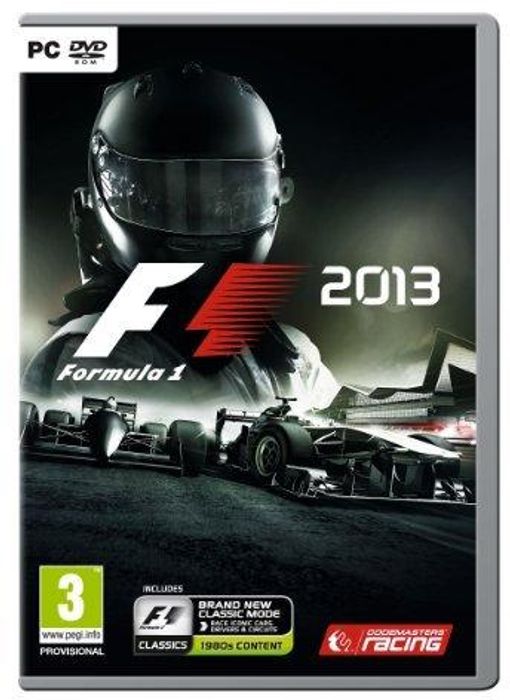 You May Also Like
Information
F1 2013 is the latest game in the award-winning FORMULA 1 franchise from Codemasters which has sold over 6.5 million units. The culmination of five years of experience in developing cutting edge FORMULA 1 titles, F1 2013 delivers a range of new features, improvements, modes and, for the first time in the series, classic content. F1 2013 features all the cars, circuits and stars from the 2013 season, allowing gamers to race as Lewis Hamilton in his Mercedes and Sergio Perez in the McLaren-Mercedes for the first time, and includes all of the new drivers, updated rules, tyre changes and remodelled handling to authentically reflect the challenge and exhilaration of racing 2013’s stunning roster of FORMULA ONE cars. A range of enhancements, improvements, split-screen and online multiplayer plus new and returning game modes deliver the most complete simulation of a FORMULA ONE season in videogame history. F1 2013 gives FORMULA 1 fans the chance experience a range of classic content in a brand new game mode introduced by legendary broadcaster Murray Walker.
Screenshots
Reviews
Write Your Review
Activation

Ensure that you are activating your game through the Steam application. The Steam website cannot be used to activate a game.