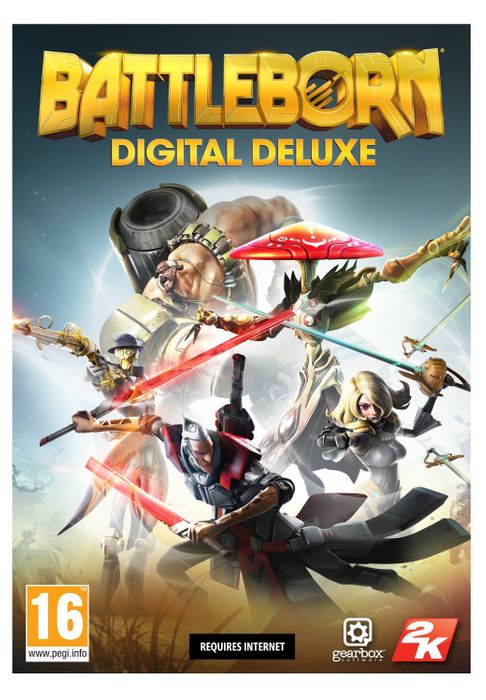 Platform
Reviewed
100%
$18.49
Notify me
Currently Out Of Stock
Code Delivered To You Digitally

Get instant download of Battleborn Deluxe Edition on PC with CDKeys.com

What to know before buying Battleborn Deluxe Edition

This is the deluxe edition that will come with the base game itself and the season pass.

Is there any region lock for Battleborn Deluxe Edition?

How will I receive my instant download for Battleborn Deluxe Edition?

Once your payment is posted successfully, you will receive a confirmation email with the activation key.

How to activate the key for Battleborn Deluxe Edition

Battleborn Deluxe Edition begins as the universe is on the verge of complete annihilation and extinction. You and your group of renegades are tasked to save the universe as you go up against Rendain and his minions. You’ll go through exciting gameplay with a variety of weapons to destroy your enemies, such as swords, machine guns, powerful spells and more. You also have the options of an assortment of different game modes, which are playing the story missions or competing in multiplayer matches. You can also play your games as a solo fighter or fighting along with your friends. You can choose your missions and replay the missions you want to gain more loot. Choose among 25 different characters to take on your enemies. These characters will each come with their own personalities, weapons and unique skills. You’ll have the ability of leveling up your character as you progress through the missions. The competitive multiplayer mode comes with a 5v5 interface. Overall the game includes:

Want to get a free key to play Battleborn Deluxe Edition?

What are the system requirements for Battleborn Deluxe Edition?