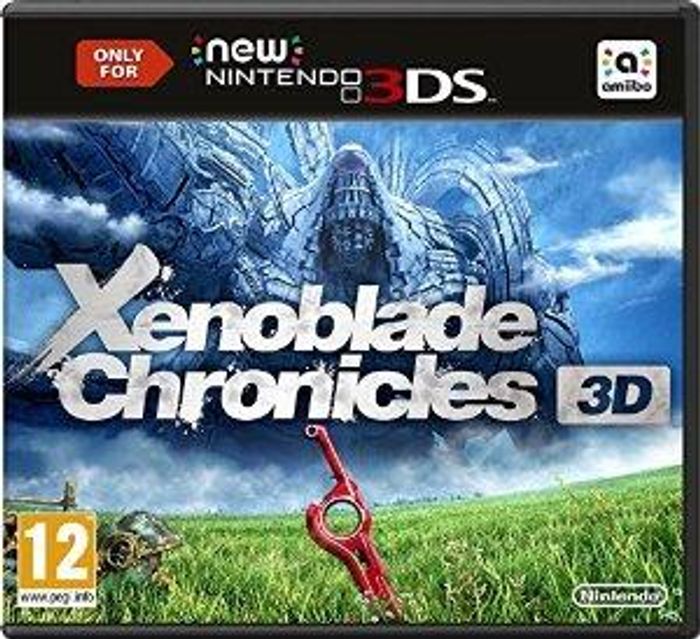 Platform
Reviewed
-
Special Price $41.19 RRP $43.69
-5%
Notify me
Currently Out Of Stock
Code Delivered To You Digitally

PLEASE NOTE: This Game Only Works with New 3DS XL Only and requires a 8GB MicroSDHC card. The SD card included with the console is not large enough to store the game.

In a vast world of adventure, where the action stretches as far as the eye can see, you must battle evil in the sprawling RPG Xenoblade Chronicles 3D, only for New Nintendo 3DS XL.

An almighty crash heralded the sudden arrival of the Bionis and the Mechonis to this world, for the two titans were locked in a timeless battle. Once the dust had settled, only their corpses remained. Now, the Bionis' enormous body, covered in lush plains, is home to a developed civilisation, the Homs. But life on Bionis was not destined to flourish forever.

One day, a horde of mechanical life forms from the Mechonis launched an all-out attack on the inhabitants of Bionis. The Homs' only remaining hope is a legendary sword, Monado, said to be a gift from the titan itself. Unfortunately, whosoever wields the sword must endure a great toll on their body…

As hero Shulk, you set forth on a mission of revenge to destroy the Mechon. Accompanied by supporting characters Dunban, Reyn, and Sharla, among others, you’ll experience extensive exploration and battle against mechanical enemies, using strategy and special powers with a variety of characters.

There's plenty to discover in locations other than your main destinations, and there are also times when you'll need to look above and below you. Every resident of Xenoblade Chronicles 3D's towns performs different actions, depending on whether it is morning, evening, or night, bringing to life this rich and diverse world.