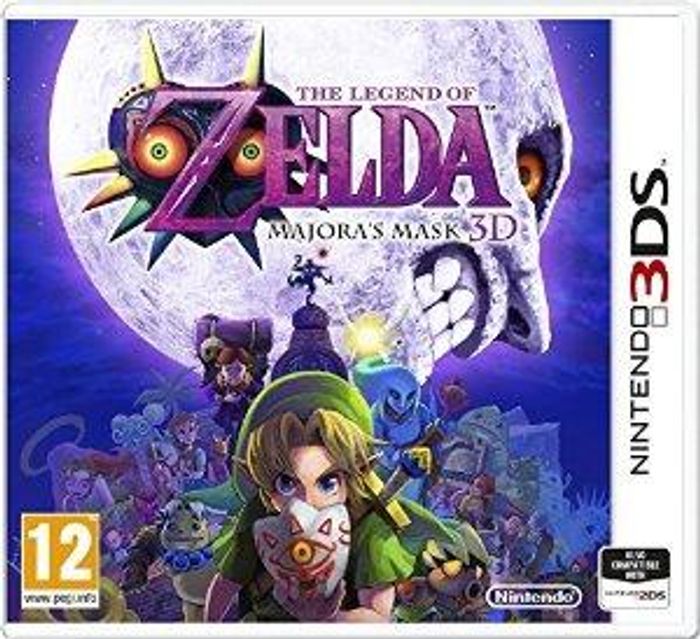 Platform
Reviewed
-
Special Price $41.09 RRP $44.39
-7%
Notify me
Currently Out Of Stock
Code Delivered To You Digitally

THE VIEW:  The 3DS remake of The Legend of Zelda: Majora’s Mask has had Nintendo fans salivating at the thought since it was confirmed!  With an initial review score of 9.9 from IGN we think the 3D upgrade may just give it the extra 0.1 it deserves!

If Ocarina of Time is an epic, then Majora's Mask 3DS can only be described as an epic epic.

This time Link, the Hyrulian Hero, struggles against time to unravel the unsettling mystery of Majora's Mask.

This mind-bending follow-up to Ocarina of Time sparkles with an artistic flair and presents a premise that shatters the foundation upon which most games are built. Perpetually reliving the same three days and three nights, Link is able to explore his world and relate to other characters like never before. Plot is often an afterthought in video games, but it is the driving force in Majora's Mask. The storyline meanders through the game like a living creature, poking around here and there to reveal greater insight into the land of Termina.

Link is a well-armed detective in this mysterious adventure, gaining greater insight into the lives of established characters and meeting fresh faces as well. At first glance Majora's Mask appears to be uncharacteristically dark and brooding, but in fact it is usually the fear of the unknown which creates this uneasy mood. As Link gains knowledge, the world becomes less intimidating.
The mystery begins a mere three months after Link's triumph over Ganondorf in Ocarina of Time. Now downtrodden, Link guides Epona through a sombre fog in search of his faithful fairy friend Navi. To Epona's surprise, two mischievous fairies materialise out of the mist and send Link's steed into a panicked retreat. These two fairies turn out to be siblings, appropriately named Tatl and Tael. As Link falls to the ground and loses consciousness,