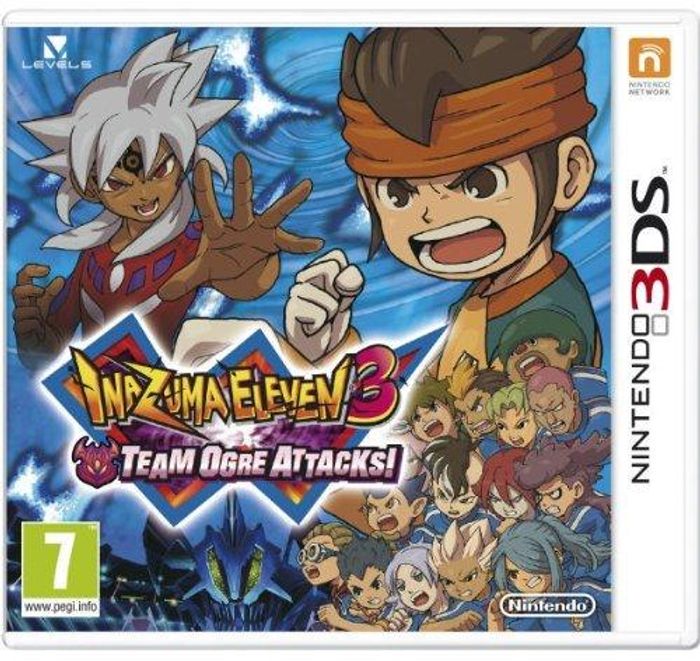 Platform
Reviewed
-
$24.19
Out of Stock
Currently Out Of Stock
Code Delivered To You Digitally

Lace up those boots and get ready to take to the field in Inazuma Eleven 3 Team Ogre Attacks! on Nintendo 3DS family systems! This time, Mark Evans and the rest of the Inazuma National team face the tall order of reigning supreme in the Frontier International Championships – and they also have to deal with a futuristic enemy that has travelled back in time to threaten the very existence of football!

80 years in the future, Mark Evans’ great-grandson Canon Evans encounters Team Ogre, who plan to travel back 80 years and defeat Inazuma National on the football field to change the course of history, which in their evil minds means creating a world without football! In order to foil these potentially devastating plans, Canon must come face to face with Mark so that they can work together to preserve the fate of the beautiful game, all while ensuring that Inazuma National remains on course to be crowned the greatest football team in the world.

Success on the field means maximising the skills of each player in a starting line-up, with the ability to roll out special tactical team plays that involve the whole team, and a shot chaining system where players can combine